Recently the esteemed Pat Robertson de-mothballed his 91 year old self in a heroic spasm of doddering end-times lust to confer some last minute wisdom upon the God-fearing faithful concerning the sitrep in Ukraine. God, are we blessed! 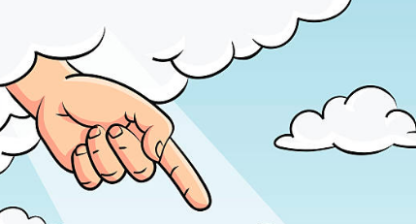 The world is going to end sometime in 1982. Nevertheless, increase your donations.

The world will be destroyed on April 29, 2007. Meanwhile, support the Christian Broadcasting Network so that as many as possible around the globe will hear and know the truth.

Bless you, Pat. A thousand listeners and readers write to ask: Pat, we pray unceasingly and strive to tithe a full 10% of our meager wherewithal despite lost livelihoods in obsolete and dying industries, opiate addiction, and suicidal offspring. When will God hear our plight?

Well, I advise you to, umm, sell some household items, check your attics and basements. Also you can try to generate supplemental income by making Etsy crafts and building a salesy website. God wants you to be profitable and to thrive. Go forward with bold courage.

Trump is definitely going to win the election. Of that there is no doubt, only absolute certainty. God told me. This will be shortly followed by devastating natural disasters and uphevals. But I think the world will survive past Trump’s term… about another five years or so.

Well, I want to say without question, Trump is going to prevail in this election. Eventually I think very frankly, the only thing that will fulfill the word of Jesus, is some kind of asteroid strike on the globe. (emotionless pause) It’s sudden destruction. It’s not going to be some nuclear war. We’re not going to be allowed to blow this earth up.

Putin is being moved by the hand of God to setup Ukraine as a staging ground for his forces, in order to fulfil ancient prophecy, and invade and overrun holy ground in Israel.

That seems really crazy! Is Putin insane then?

Well, you might say he is out of his mind, yes. It is very likely he is crazy. He is getting ready to easily cross the narrow Dardanelles, with Turkey, and smash into Israel. He probably does not even know it yet. But God is making him do it. God says to him: “I am putting hooks into your jaws and dragging you into this battle whether you like it or not. I am going to compel you forward.” Watch what happens. Read your Bible!

(silently) WTF! Where? Book of Revelation?

Read your Bibles. The end is close. God told me!

(after reflecting) God has been talkin’ shit to Pat Robertson earnestly for some decades now, more and more blatantly. In the hopes that his exposed idiocy and increasingly far-fetched proclamations would open a rift of holy doubt and discernment among his beleaguered followers.

Ignorant heathen… how can you know?

[ Image : Pat Robertson deep in sacred contemplation. May he rot in his own private ring in Dante’s Inferno. Along with Jimmy Swaggart, Jim & Tammy Faye, and that oozingly evil walking facelift commercial, Joel Osteen. ] (link)